Powershell Editor plug-in for Eclipse - Why?

Actually it's hard to find a free convenient IDE for Powershell. Probably currently the most suitable is Notepad++. Still there are lots of functionalities missing, like extended syntax highlighting, code completion of source formatting. This projects tends to create the most functional IDE for Powershell based on Eclipse.

The plug-in provides its own perspective:

On load, the plug-in scans the system for all installed modules and snapins and adds them into highlighting library: 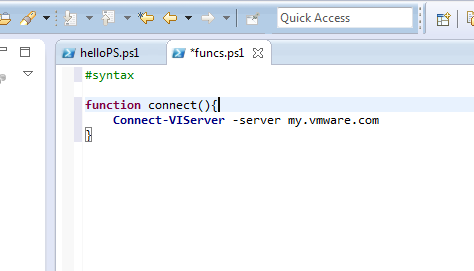 But not only for syntax highlighting, but also for code completion. The completion works not just statically but also scans for changes in the included files. The bracket pairs are also highlighted. Using F3 button over function you can go to the file and place it has been defined. Using Ctrl+/ you can comment out lines.

The editor now has complex formatting

The plug-in has its own console and launch configurator. So you can launch you scripts directly in the IDE 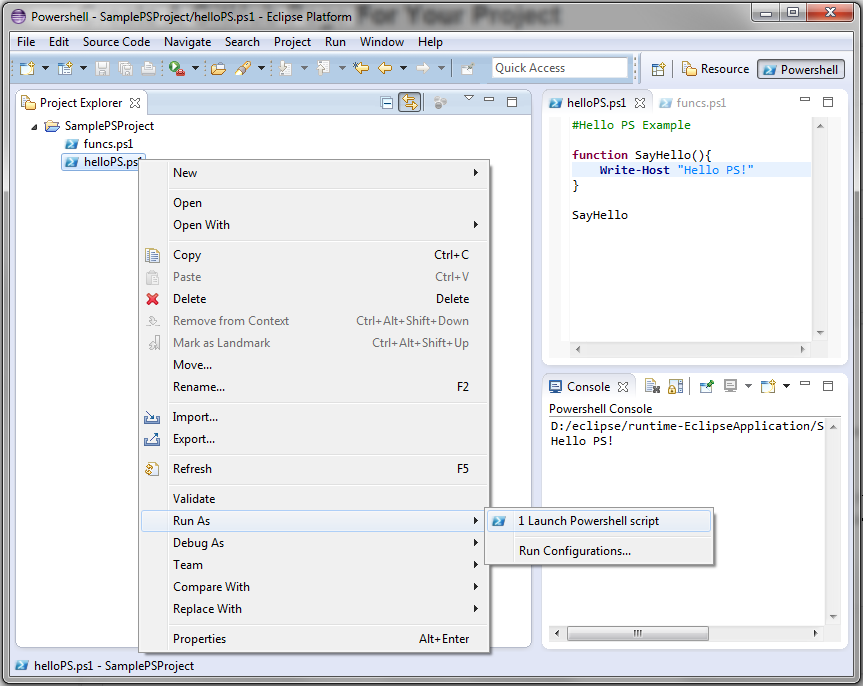 Plug-in settings can be customized 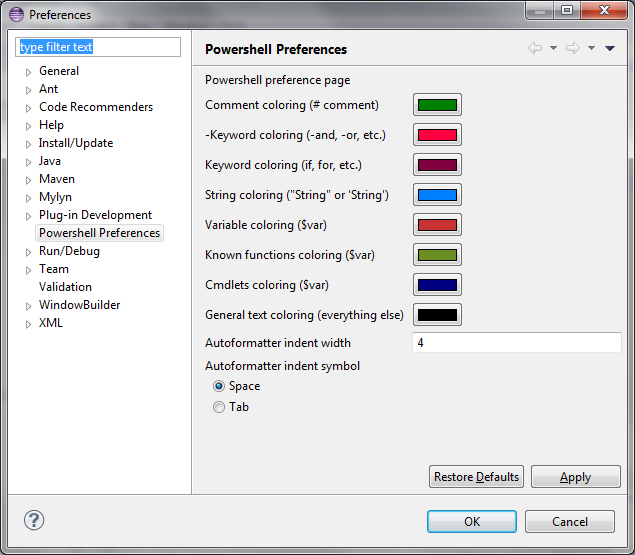